Cryptocurrency has the power to revolutionize a corrupt banking system

If you are unfamiliar with cryptocurrency it is unlikely you will know what “Decentralised Finance” (DeFi) is. Those who do, know that today anyone can exchange their money for a stablecoin (a cryptocurrency backed by a reserve asset), invest them in a promising project and hopefully watch their investment grow.

Is this a variation on the classic pyramid scheme? Not in the sense of Charles Ponzi. But it is clear that the explosive growth of DeFi platforms is driven by a rapid influx of liquidity into the new market, and cannot continue indefinitely. Nevertheless, the technologies embedded in this infrastructure open up tremendous opportunities for rebuilding the global financial system.

The author of this column has devoted 25 years of his life to banking. Having bought the dwarf National Reserve Bank in Moscow in 1995, I sold it this year as one of the most reliable banks in Russia. It is a shadow of its former self, 20 times smaller, but with no liabilities or obligations.

For a quarter of a century I was the CEO of the third largest private bank in Russia in equity capital terms, after Sberbank and VTB. I was also the constant target of corporate raiders backed by corrupt werewolves from the FSB, which destroyed my business.

Modern bankers ruin their banks by pocketing clients’ money. Since the late 90s, thousands of Russian “banksters” (a portmanteau of “banker” and “gangster”) from thousands of banks, appropriated more than $100 billion of their clients’ money and left the country with their stolen money. Or they opened a new “business” at home, depending on the thickness of the krysha [“roof” in Russian, signifying criminal protection] in government.

The social function of banks is to serve as the circulatory system of the economy. They allow transactions in exchange for goods and services, they are engaged in lending, ensuring production, and accumulation of resources. However, the world banking community has turned into an “anti-bank”, whose function is to misappropriate customers’ assets and launder “dirty money”, the volume of which is increasing globally by $1 trillion every year.

As a result, a huge parasitic class has been formed, made of bankers, fake investors, lawyers, auditors and service personnel, who rule entire states called “offshores” and the countries that are invented in them. This class produces nothing but “dirty money”.

Alas, national law enforcement structures and courts are not able to resist this evil on a systemic level – they only provide palliative care, by fighting against individual scams. My appeal for the creation of new international structures remains a lonely one.

Meanwhile, people who really add or invent tangible value in society, by furthering scientific and technological progress or culture, are less and less able to access financial resources. Their income is incomparable with the wealth of those who are involved in the global oligarchy, which has no physical or intellectual labour at its source.

Billions of people are completely cut off from banking services partially due to their high cost and lack of interest in the poor clients on the part of the banksters, who have nothing to steal from them. A system of financial apartheid drives nations and entire continents into poverty.

This conflict is becoming especially obvious now, amid the backdrop of a recession caused by the coronavirus pandemic. Now money itself, which is printed in huge and unsecured quantities by national financial institutions, is increasingly devaluing.

Sooner or later, this upside-down pyramid must collapse, and the bubble inflated in the stock markets must burst. Excess liquidity from the stock market will inevitably rush into the real world, turning the depreciating money into dust, regardless of their denomination. This will lead to another apocalypse-scale heist.

Fortunately, the human mind does not stand still. Cryptocurrencies, which 10 years ago were perceived as a joke and a toy, are today an important part of the international financial system. The next step will be the “digitalisation” of real assets, including production facilities, real estate, goods and services, with their holding in distributed ledgers.

Many governments that foresee the benefits of these technologies are beginning to implement them. In March, the German Federal Financial Supervision Authority (BaFin) recognised cryptocurrencies as financial instruments. On 11 August, the German Federal Ministry of Finance (BMF) and the Federal Ministry of Justice and Consumer Protection (BMJV) presented a bill on blockchain-based digital securities. Xi Jinping, the leader of the most populous and second richest country in the world, said a year ago that the development of blockchain is one of the most urgent tasks for the state.

Last April, the Central Bank of China, as part of a pilot program, introduced a national cryptocurrency (DCEP) in four major cities in the country. The site for the 2022 Winter Olympics, to be held in Beijing, will also be the basis for exploring opportunities with DCEP.

The latest news, on 3 September, is that the Swiss canton of Zug began accepting tax payments in Bitcoin and Ethereum. Оn 21 September, the United States Office of the Comptroller of the Currency (OCC) and the Securities and Exchange Commission (SEC) published a stablecoin guide, which provides the first detailed national guidance on how fiat-backed cryptocurrencies should be treated in accordance with the law. Thus, the regulators gave the green light to work with the issuers (or founders) of stablecoins.

Take a look around: tools that until recently were the dreams of science fiction are becoming reality. Artificial intelligence is already driving vehicles, and the profession of ‘driver’ may die within the next decade. In the same way, blockchain technologies and smart contracts will make it unnecessary to employ the vast majority of people in the financial sector, and will thus eliminate “banksters” as a social phenomenon.

With Decentralized Finance (DeFi), it became possible to directly connect clients of traditional banks without the participation of an intermediary in the form of the bank itself, the functionality of which in this case is performed by a so-called “smart contract”. At the same time, no one will be able to steal a client’s money, because the DeFi system protects them from greedy bankers. A smart contract obeys only the laws of mathematics and, aside from the risk of computer hacking which also exists in conventional banking, it is incorruptible – and it does not need villas on the French Riviera, nor private jets or yachts.

The current DeFi projects are based on the exchange of liquid tokens (mainly decentralised cryptocurrencies) on the principles of collateralised lending. They are quite primitive and serve either for simple mortgage lending, or for the so-called “Yield Farming” – empty inflation of liquidity for the sake of stock growth with their subsequent sale on the free market. For example, I have invested $100,000 in one such DeFi platform licensed in Estonia, just out of curiosity. Three days later I checked my digital wallet and found out that I had already earned over $300, which I easily transferred to my bank account via crypto exchange. (I should point out this isn’t investment advice and people should check before putting their money in any particular crypto-currency or platform).

The Independent Decentralized Financial Ecosystem (some might call it a “bank 2.0”), which I am looking to set up with some partners, represents a new generation of bank in which all participants are simultaneously beneficiaries. It would offer customers the full range of services of traditional banks. Those include currency exchange, deposits, lending, settlement and cash services, local and international transfers. The fundamental distinctness of this platform comes from its supranationality.

The system for the execution of smart contracts based on blockchain technology is located on the network simultaneously everywhere and nowhere. Whatever happens to the people who manage the system, all obligations will be fulfilled, since they are not dependent on personal decency, rather they are enshrined in smart contracts. In this case, of course, it is necessary to monitor the full legal compliance of the issue of credit-collateral tokens with the legislation of the country in which it is carried out.

The most significant aspect of this project will be to provide a working platform for a huge number of third-party start-ups and innovation. This is a mechanism that will ultimately connect a Thai-based IT creator in need of funding, or a waste recycling entrepreneur in Zimbabwe, with a potential investor from Norway or Japan. The system will include hundreds and thousands of projects of talented people, each of which will become part of the global infrastructure – just like any major bank has hundreds and thousands of projects, related to a financial institution.

Besides, this system will provide additional opportunities for financial transparency in the implementation of non-profit projects – for example environmental protection. Or charity, which, alas, suffers from the fact that half of the hundreds of billions USD donations allocated annually around the world are simply stolen directly or through so-called “management expenses”.

This year my son Evgeny and I visited Chad – to support the local national park. At N’Djamena International Airport, against the backdrop of several dilapidated ancient Cessnas, sat a new Bombardier Global Express jet – white with blue letters “UN OCHA” (United Nations Office for the Coordination of Humanitarian Affairs). I once had one, it costs $60m.

And when we flew away, there was a similarly “branded” Embraer Legacy worth $30m. There are cargo planes for the transportation of humanitarian aid, which are much cheaper and more spacious. I wondered how many hungry Chadians could be helped with this money from the international community, spent by UN officials for their own comfort?

Crypto-economics allows a donor of any amount, even one pound, to follow their donation to a poor child in Bosnia in need of an expensive operation, to a farmer in Uganda in need of new technology, or to a particular elephant in Gabon. All this information can be completely opened up to the relevant parties through the charity token blockchain.

Perhaps we are on the verge of a real revolution in the international financial system, and the end of the bankster. I do not pretend to be the ultimate oracle of truth; there is much to debate in my piece. Yet one thing is indisputable: in the form in which this system exists now, it is leading the world economy to disaster. 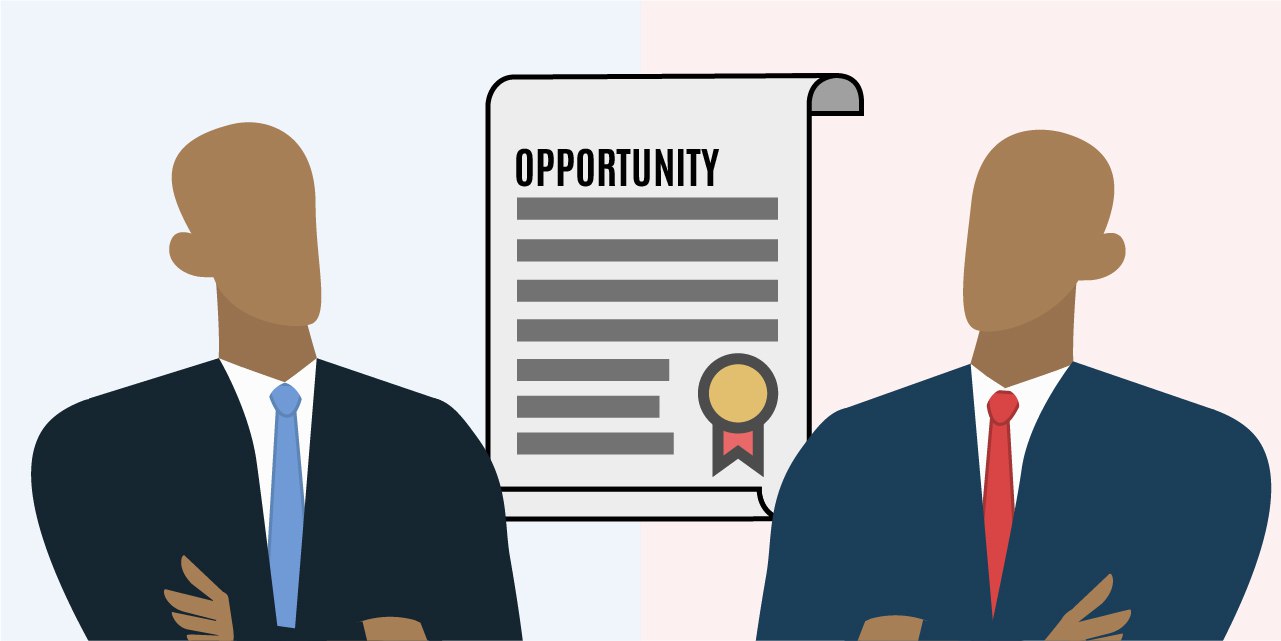